Given the air-tight construction involved, ventilation is a necessity in any low-energy home. HRVs have seen extensive use in low-energy homes for quite a few years, but the usage of ERVs is turning out to be an emerging trend. As homes start getting tighter, the latent loads typically rise, and ERVs prove more effective at handling this. ERVs also tend to work out better in terms of summer AC loads, especially in an area that sees a lot of humidity in the summer. New ERV core technology developments are now also allowing them the chance to perform more effectively in colder climates.

So, while these kinds of heating systems appear to be in store for future changes, there will also be changes in many individual heating appliances themselves. 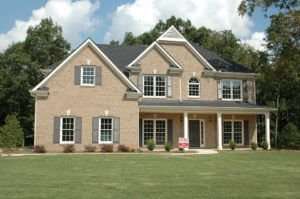 Newer Natural Resources Canada Energy Efficiency rules and regulations seem to signal the end of days for lower-efficiency appliances. NRCan has a quartet of regulatory amendments planned out by 2020, which are going to impact nearly every kind of energy-consuming device.

December 2016 was the time period of finalization for Amendment 13, slated to go into effect specifically on June 28th of 1017. This is going to impact many central heat pumps and air conditioners, as well as packaged terminal heat pumps and air conditioners, and even oil- and gas-fired storage water heaters. Amendments 14 and 15 are both already in the works at the time of writing, respectively slated to come into effect in the years 2018 and 2019. These two amendments are going to impact quite a wide range of appliances, including oil and gas boilers, gas fireplaces, oil and gas furnaces, tankless water heaters, larger heat pumps and air conditioners, and even commercial water heaters and boilers. As you can see, the energy-efficiency bar is getting raised for all mechanical equipment out there, and it certainly looks like there’s a strong push to aim for condensing efficiency’s in nearly all categories. It looks like non-condensing and lower-efficiency traditional appliances are getting regulated right out of existence.

Trends do seem to suggest that natural gas, sometimes abbreviated as NG, might have some difficulties in terms of future buildings, as some builders are going to just decide to not run gas lines into their buildings at all or just go totally electric. Also, a number of municipalities are just making the use of NG impossible or difficult. The City of Vancouver recently put out a ‘Zero Emissions Building Plan’ which was a great example of what we might be seeing even more of in the future.

Vancouver wants to eliminate emissions from all newly permitted buildings by the year 2030 and mandate that all buildings only use renewable energy sources by 2050.

Officials in Vancouver City government deny that any of this is an actual ban on natural gas, but the effect is exactly that. A lot of concerned citizens, gas utilities, and industries have all raised objections to the plans of Vancouver, given the potential supply issues and higher energy fees and costs involved.

However, not all parties oppose Vancouver’s plan for no emissions, such as the Pembina Institute, who hopes the plan serves as inspiration for British Columbia and the nation. On top of reduced energy usage and emissions, the plan should lead to buildings and homes seeing quality improvements. That plan is going to be a crucial catalyst for a localized low-carbon and clean economy. To date, the City of Vancouver hasn’t waivered in the face of those objecting to the plans.

Only time is going to tell how all this will play out with either Vancouver or other municipalities.

Buildings that conserve water and low in energy use are going to be around for a while, and requirements aren’t going to loosen up anytime soon. That’s going to wind up creating many challenges, changes, and opportunities for the Canadian plumbing and heating sectors.

Is Your Central Air Conditioning Ready for the Season?

How is Going Greener Influencing the HVAC Industry?
Comments are closed.